Experience the Battles that Won Texas Her Freedom

Uncover the origins of Texas at the San Jacinto Museum – experience an 18-minute battle that forever altered history.

This year’s festival – to be held on Saturday, April 18 from 10AM to 5PM - will include four small re-enactments throughout the day. 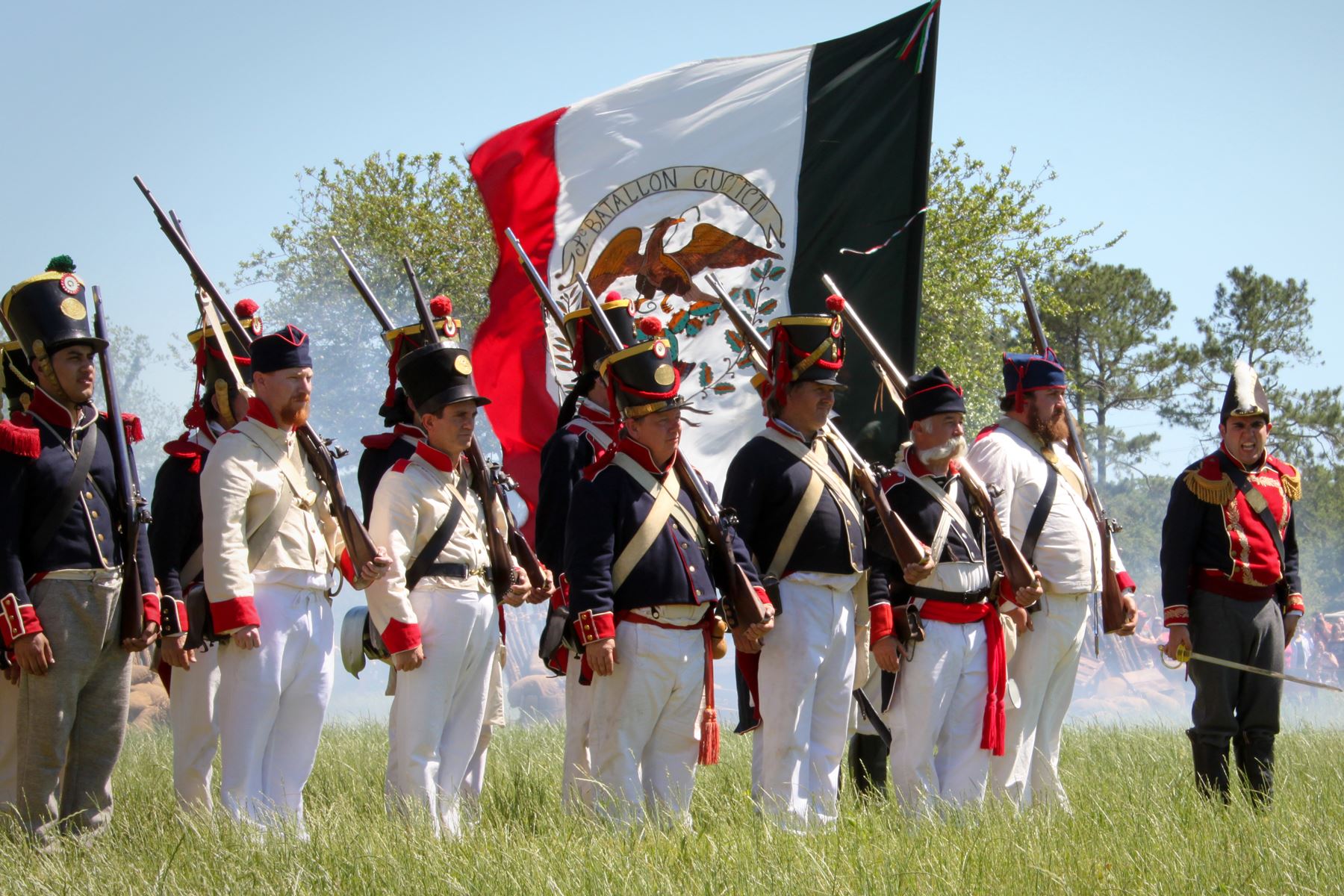 Join thousands of proud Texans celebrating victory at San Jacinto and Texas Independence. This is a family-friendly Texas-size festival features music, games, demonstrations, food trucks and lots of history. Volunteers dressed in the period of the Texas Revolution make the events of April 1836 come alive. The event will include four historical re-enactments throughout the day, sure to thrill adults and children alike. These re-enactments will demonstrate the events of the Runaway Scrape, the Battle of San Jacinto and more. Explore the Texian and Mexican camps and talk with reenactors who will share the true tales of the day.

The Festival will be held on Saturday, April 18 from 10AM to 5PM at the San Jacinto Monument, located at One Monument Circle, La Porte (Houston), Texas 77571.

Parking passes may be purchased for $10 per vehicle via the link below. Parking locations will be along Independence Parkway. Disabled parking locations have shuttles to the event entrance. 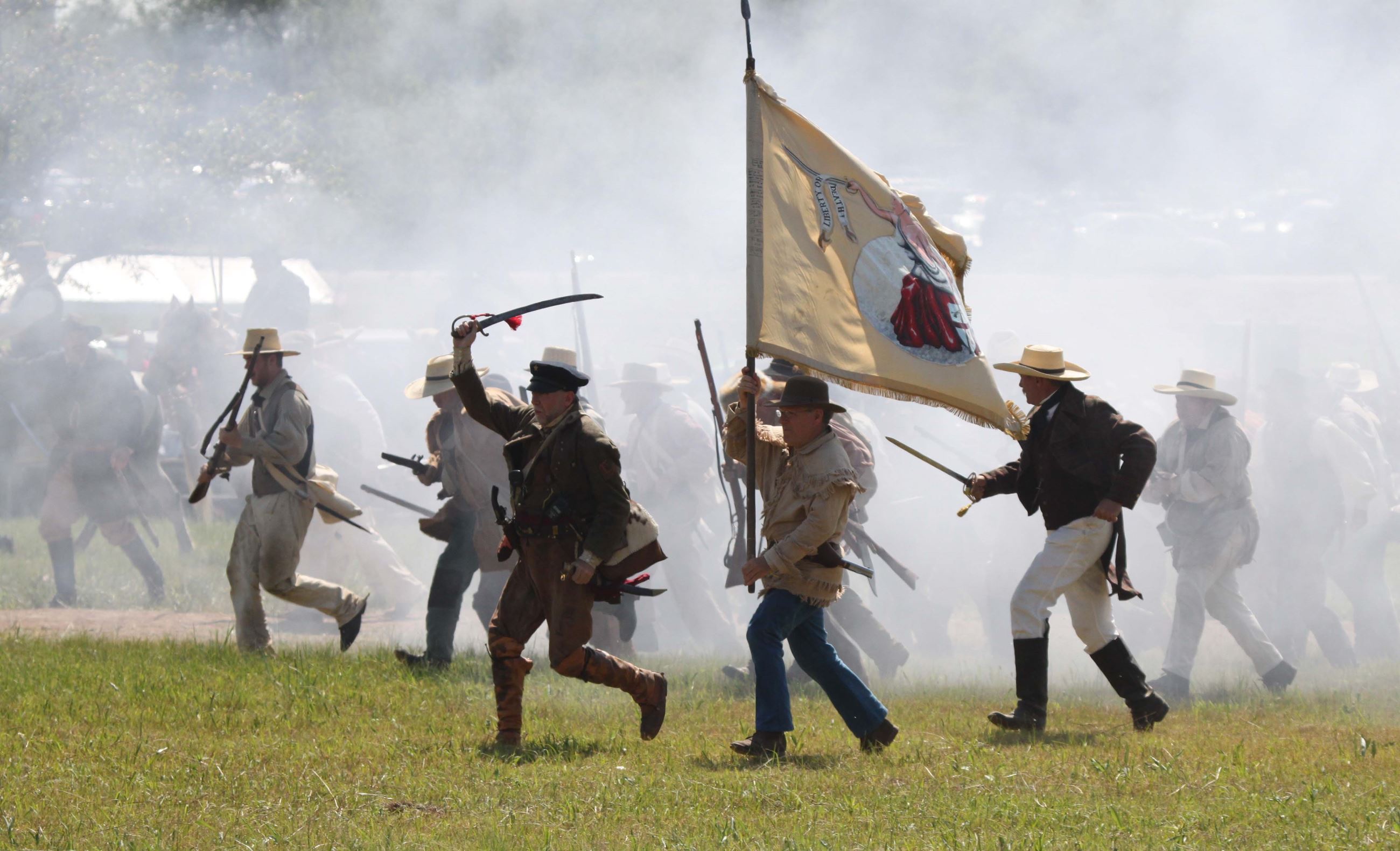 A Timeline of Texas Revolution

In addition to the ongoing living history demonstrations on Saturday, a “Timeline of the Texas Revolution,” starting at the San Jacinto Monument, will present a chronological progression of the San Jacinto Story on Saturday. Each reenactment is an act in the San Jacinto Saga: Act 1, the Runaway Scrape; Act 2, the skirmish of April 20th; Act 3, the Battle of San Jacinto; and Act 4, the surrender of the Mexican Army and the capture of General Santa Anna. These re-enactments will focus interpretation on the San Jacinto campaign and will serve to keep attendees engaged throughout the event. 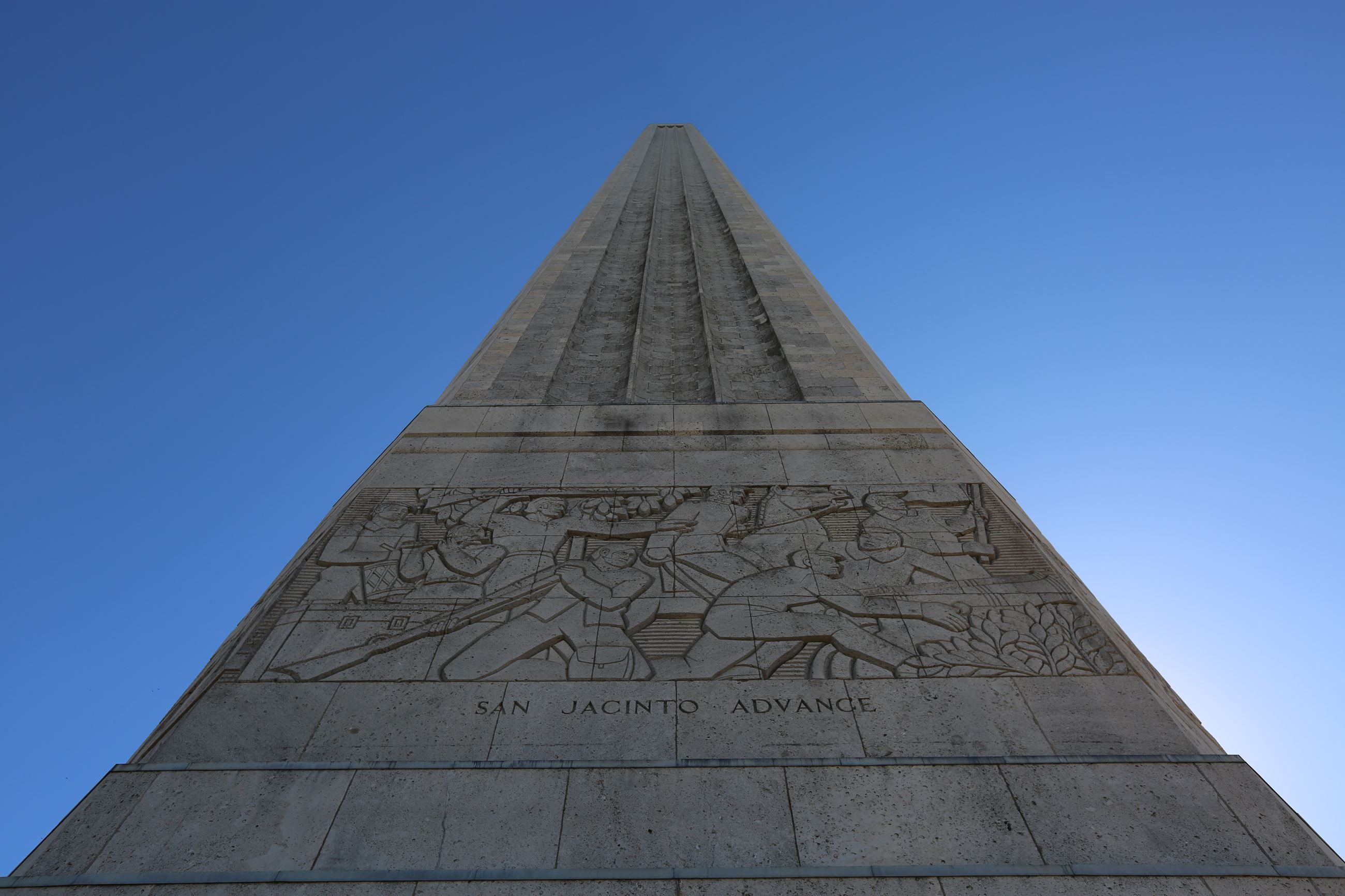 Why go to the Monument and Museum?

Seeing the San Jacinto Monument in person is an experience you will remember. The tall column, topped with a three-dimensional star, is carved with the monumental story of Texas independence. Enter the museum through the massive doors into the dramatic foyer to experience over 500 years of history, and learn how the past influences your world today. Immerse yourself in all that makes the Lone Star great. From pre-Columbian artifacts to tools of westward expansion to the conflicts that shook the world, the San Jacinto Museum of History brings history to life in a way your whole family can enjoy. 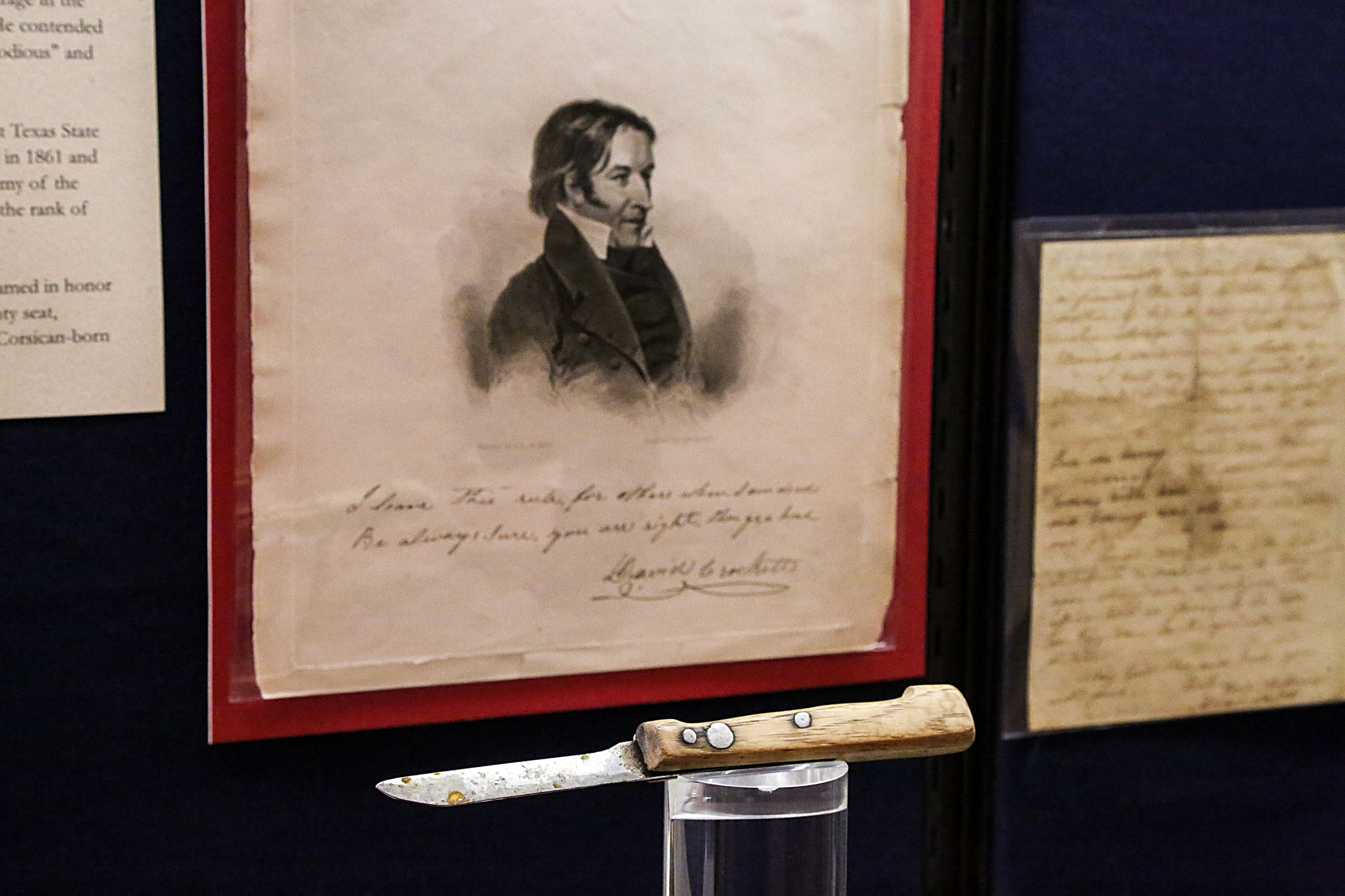 Visiting a museum on a battlefield, you might expect to see treasures like Sam Houston’s ring inscribed with the word Honor, Antonio López de Santa Anna’s glove, Edward Burleson’s pistol, and the pocket watch that General Cos gave to Dr. George M. Patrick in thanks for his medical care after the Battle of San Jacinto. Hidden in plain sight in the museum gallery are unexpected treasures, such as a knife used by David Crockett at the Alamo, and Gov. Hogg’s black carbon and diamond ring. Many of the museum’s treasures remain tucked away until they are rotated into exhibit – a reason to make a return visit. 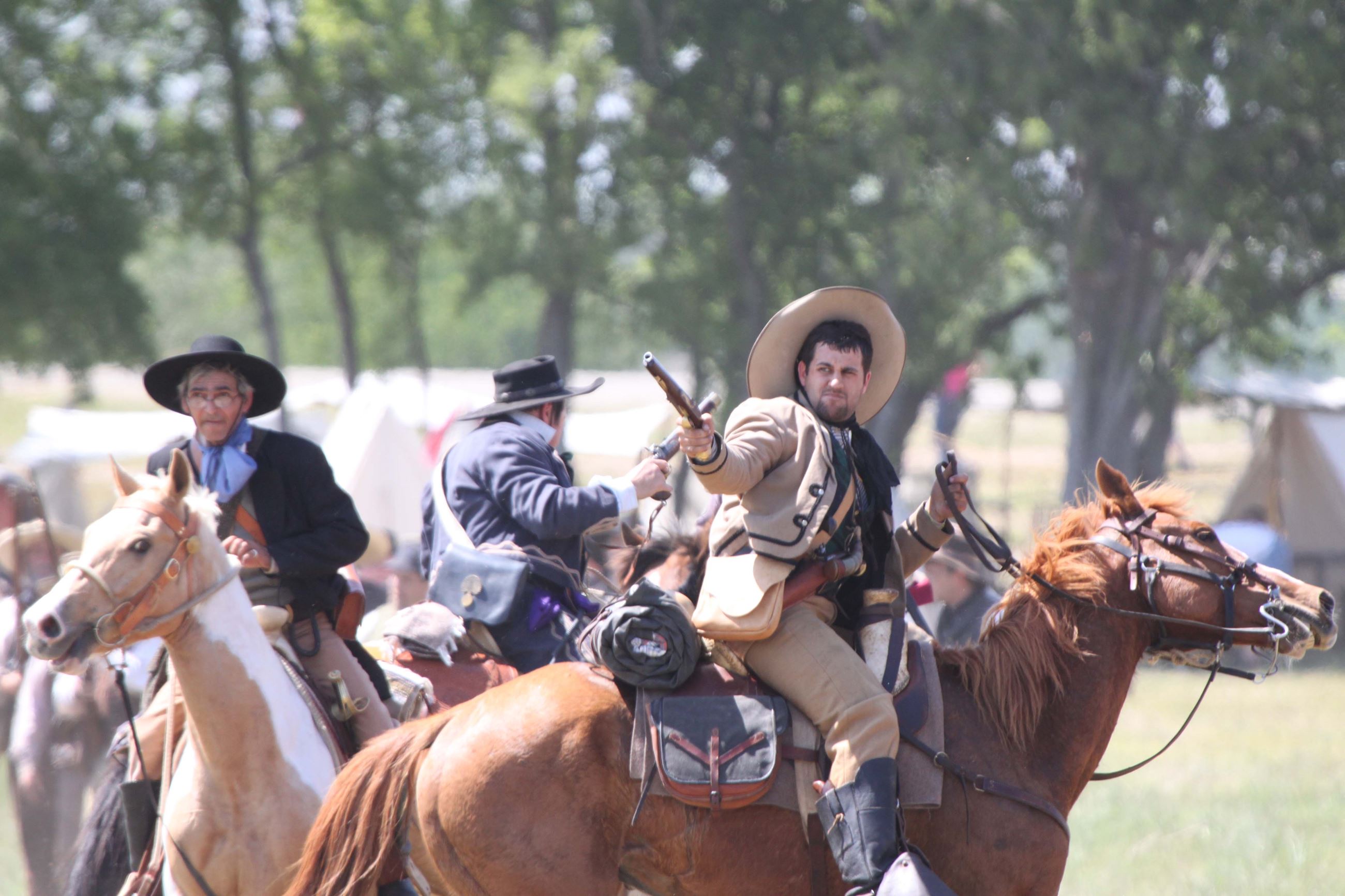 Angel Navarro ran away from his Corsican home at age 13 or 14. He spent time in Italy and Spain and finally came to Spanish colonial Mexico where he learned the merchant trade. Angel brought this iron nutcracker with him from Corsica. It passed down to his son, José Antonio, who signed the Texas Declaration of Independence in 1836. José Antonio was the only native Tejano delegate to the Texas Statehood Convention of 1845, which decided for annexation with the United States. He staved off factions who tried to limit suffrage in the new Republic to the "free white population." Navarro served three terms in the Texas Senate. Navarro County was named in honor of this unwavering Tejano, and the county seat, Corsicana, was named in honor of his Corsican-born father, Angel.

Beginning in 1837, the San Jacinto Battleground has been a destination for visitors, most of whom came by water. The first state park in Texas was formed around the burial site for those who died on the battlefield; today, this expanded 1,200-acre park includes markers that reveal information on the position and movement of commanders and troops, memorials to those fallen, and the towering San Jacinto Monument and San Jacinto Museum of History. Walk in the Texian soldiers’ footsteps on the grounds, bring a picnic, or, like John James Audubon in 1837, do some birdwatching.